A rare piece of gold

Grandad Dudley lost his battle with cancer on Friday August 7, 2009. Today was his funeral. We lost a great man.

At his visitation last night I couldn't believe how many people had been impacted by Grandad's life. Actually, I could believe it. He was a man of integrity, honesty, faith, and love. During the visitation someone was talking about Grandad and had told me that he had always been treated by Grandad as a "rare piece of gold." And he wasn't even family! I thought that statement described Grandad perfectly. I will treasure that forever. As if that's not enough, there were estimates from the funeral directors that there were possibly 800 people at his visitation!!!

I can't even put into words what Grandad and his legacy has meant to our family. Most of my sadness comes from knowing that people (and his great-grandkids) won't have the pleasure of knowing him. Kellen remembers him but I'm sure as time passes, sadly, he will forget.

We had a beautiful celebration of his life today at his church. I will never forget it. All his children and grandchildren sang the song "I'll fly away" which was one of his only requests. And it is so true. He has flown away into the arms of Jesus.

The Slaters
Mount Carmel, IL, United States
Brooke is a SAHM with Kellen who is 6, Keagan 4, Kade 2. Needless to say you will need earplugs when you come to our house! But we have lots of fun and are staying very busy! 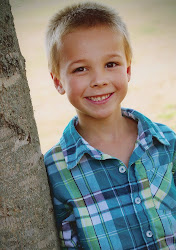 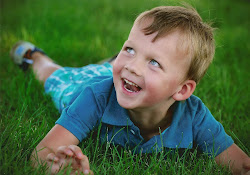 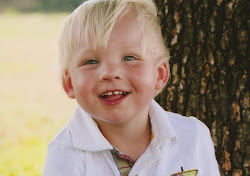 Our Friends and Family Blogs